Throughout his diverse career, Mike Flood has worn many hats: attorney, speaker of the Nebraska legislature, gubernatorial candidate and “Sideshow Mike,” the morning stuntman on B-100.

While Flood still practices law, he has hung up his politician’s hat to focus on bringing local news to those in rural Nebraska by expanding his TV news network, News Channel Nebraska.

With three on-air stations and three more launching by the end of 2016, News Channel Nebraska provides local news, weather, and sports in towns underserved by the big affiliates based in Omaha.

“People in rural Nebraska are amazed, especially by the coverage of high school sports,” Flood said. “It’s like having Fox Sports Midwest or ESPN U. The quality of the broadcast is so enhanced from anything that we’ve ever seen in rural communities.”

With a limited budget, Flood says he never imagined this type of coverage would be possible when he began his company, Flood Communications, with a single radio station in 2000. 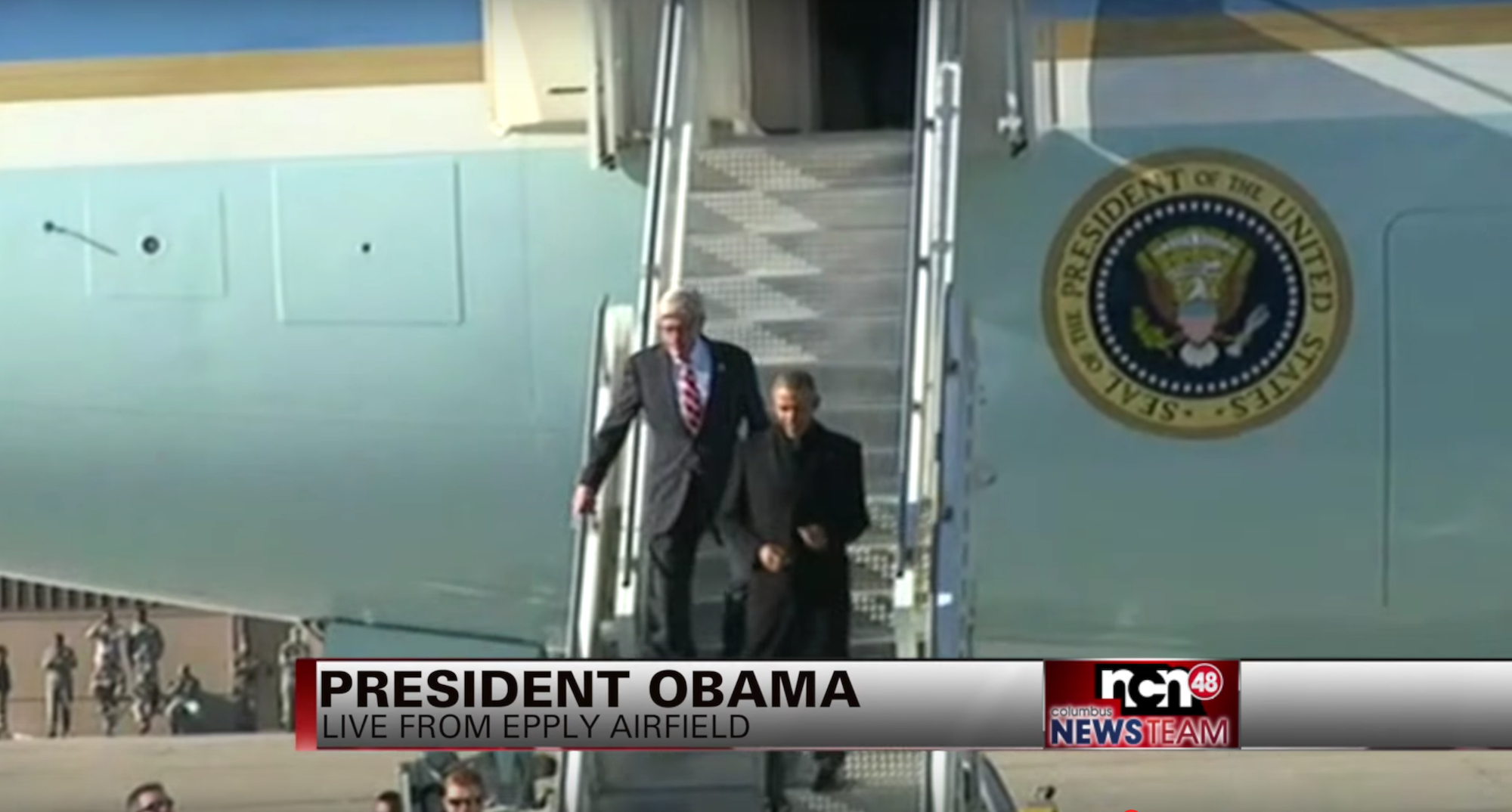 Transitioning From Radio to TV

When he was 15 years old, Flood got his start in communications working overnight at a radio station in his hometown. Later he worked for his college station and even deferred law school for one year to work commercially.

“It became obvious to me that radio alone was in a silo,” he said. “All I needed to do was add a video camera then I could put it on the web.” 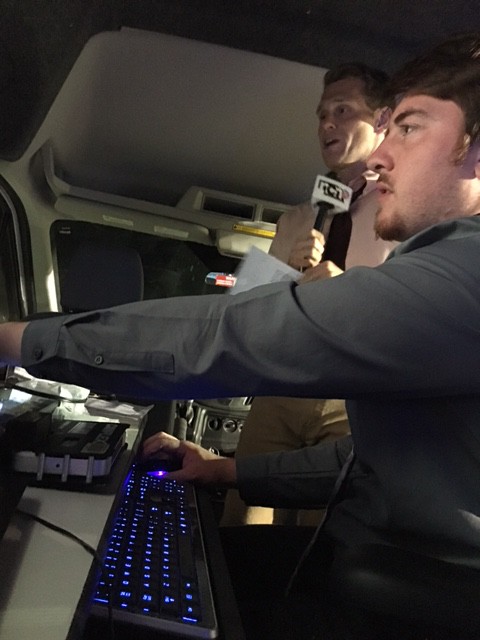 That was the beginning of News Channel Nebraska, which now has stations covering Norfolk, Columbus, Beatrice and soon Grand Island, plus two additional stations slated to launch by the end of 2016.

“Our coverage connects people together and to their community,” Flood said. “From the comfort of their own home they can see what their kids and grandkids are doing and it keeps people in the know.”

For his equipment needs, Flood says he relied on the technical expertise of his staff, many of which are graduates from the University of Nebraska where they became familiar with the NewTek TriCaster.

“The TriCaster has been an absolute game changer for me,” he said. “It’s like having a big broadcaster outside of the stadium in 1995, we’re bringing in four camera feeds, instant replay, playing commercials and commanding audio.”

For live event coverage, the staff uses the TriCaster with a PortaCast, a self-contained roll-away unit that houses a TriCaster, monitors and other necessary equipment that keeps everything safe and portable as it transitions from venue to venue. It can be rolled in and out of news trucks easily and quickly.

“It’s basically plug-and-play when we show up somewhere,” Flood said. 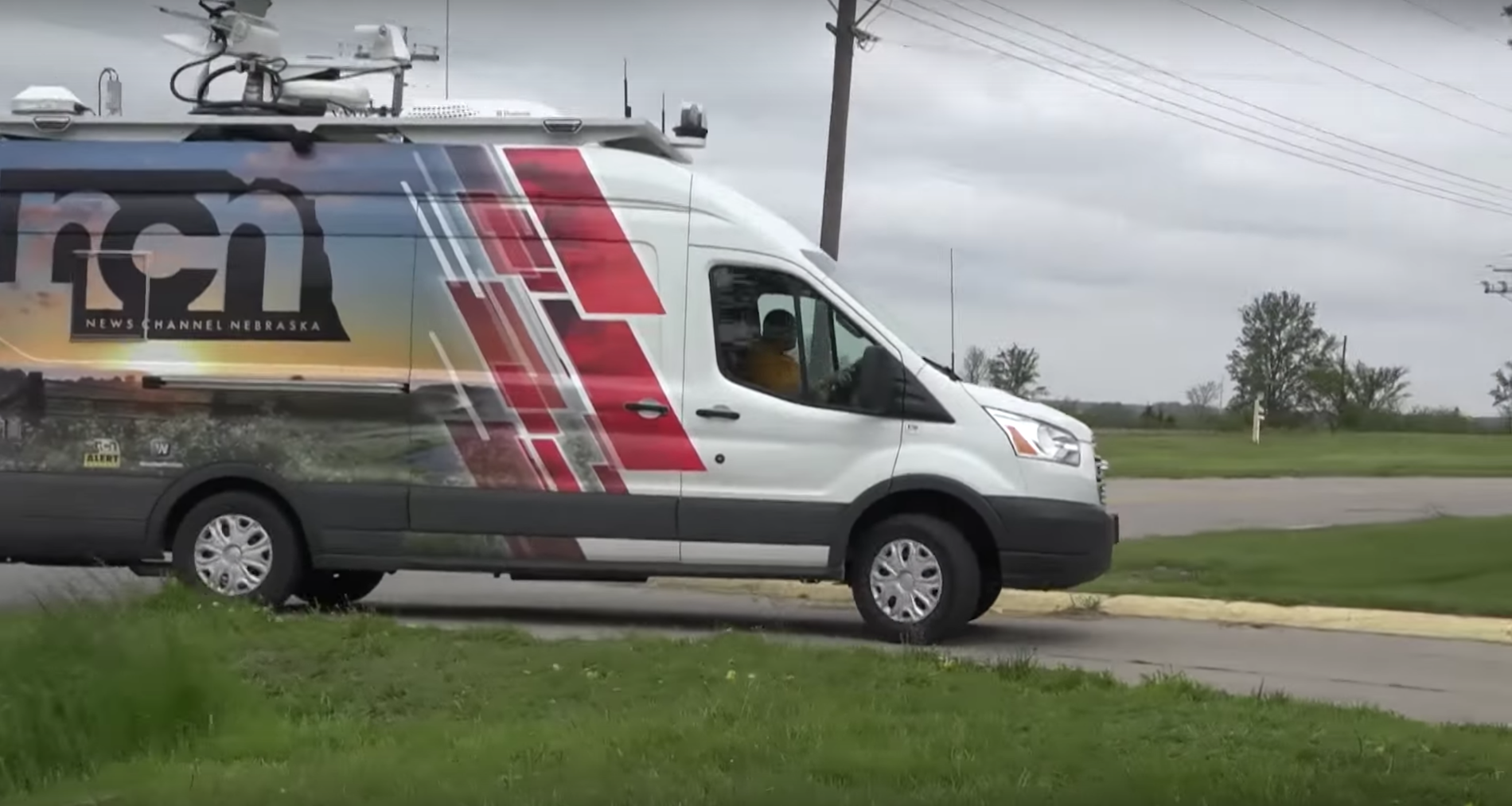 Each News Channel Nebraska station uses a TriCaster 460 as the main hub for its newscast and live event coverage. With four camera operators, a director, replay operator and three on-camera talent for all of the stations, the TriCaster allows their small staff to operate efficiently.

“We’re not only covering sports,” Flood said. “We use the TriCaster for marching band competitions, awards ceremonies, FFA dinners, dirt track racing and even a 10-hour polka party in Fremont where there were bands and dancers. We cover it all.” 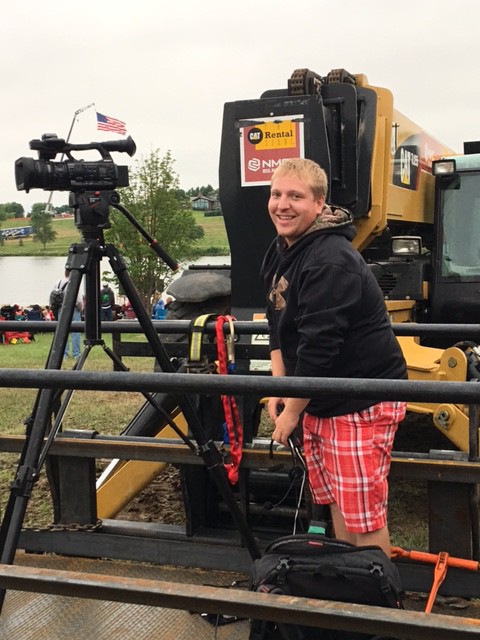 Video is streamed live on Roku channels, over the air, cable and replayed on the weekends using the TriCaster with LiveU transmitter. The team also uses Facebook Live for breaking news and when they are live at a venue to direct traffic back to their Roku channels and TV stations.

A new addition is a truck that will cover college sports at Wayne State College and Doane University. During college and high school games, a 3Play 440 makes instant replays possible.

“The fact that we have instant replay is what parents just can’t get their heads around,” Flood said. “It’s real-time inline replay for high school sports, which I never imagined we could do four years ago.”

Since Nebraska has no professional sports teams, Flood says high school sports are the most popular among viewers. However, he said local weather is also popular, which is not done locally at all.

News Channel Nebraska’s weather is provided by pioneering TV meteorologist, Geoff Fox, from his home-based studio in Irvine, Calif. At the hub of his production is a TriCaster Mini from NewTek, which Fox uses to create weather forecasts for Nebraska and stream them to the stations. A Dejero Live+ VSET adaptive bitrate encoder/transmitter ensures that his signal gets delivered from his California home to the station in broadcast quality every time. To viewers in Nebraska, it looks as if he is in the local newsroom.

At their Norfolk newsroom, the team has a full set and uses a TriCaster to produce all local shows with Masterplay newsroom automation software. They run and store commercials off TriCaster.

“College graduates will bypass big towns to work with us because they love doing sports, especially live sports,” he said. “They can’t do that at the big network affiliates but they can do that here.” 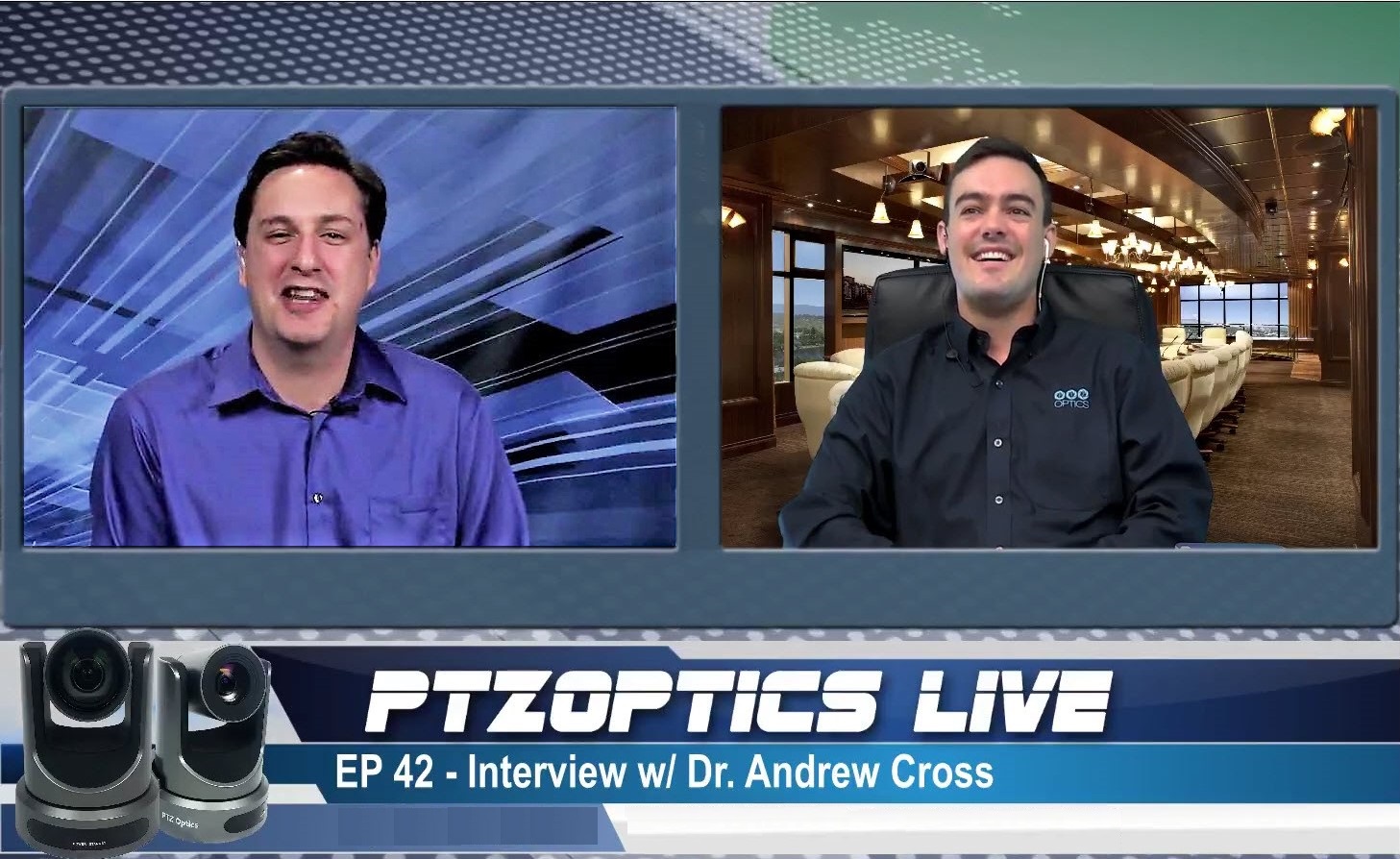 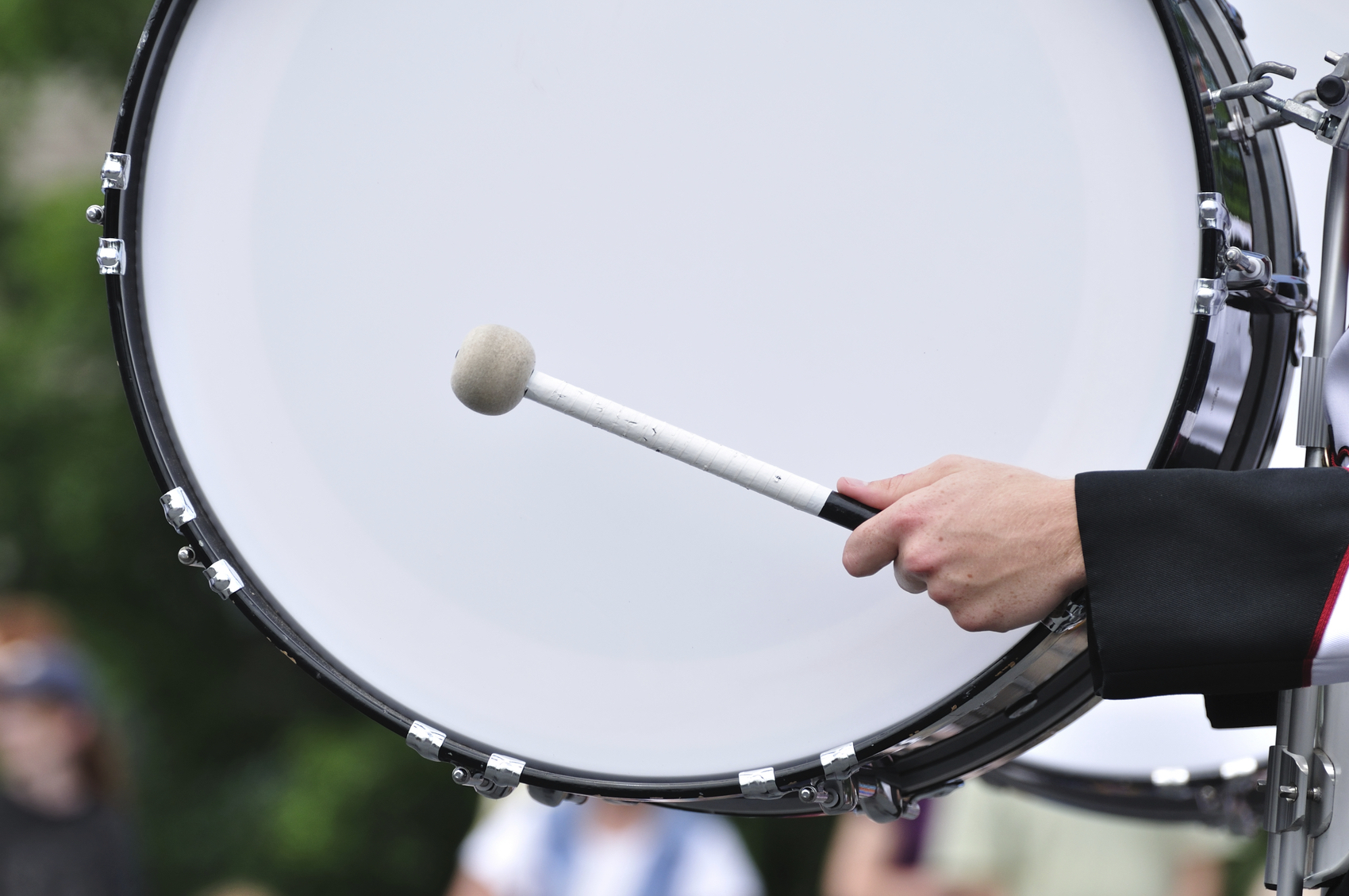