But during those live broadcasts, this San Antonio duopoly did something revolutionary. They delivered a completely separate live broadcast—focused primarily on their local Bexar County races—via the social media platform: Facebook Live.

“We’re reaching across broadcasting, social and digital platforms to engage loyal and new viewers wherever they are, and on whatever devices they want to use.”

All in all, they were simultaneously broadcasting on their live HDTV channels, streaming media to their website and delivering yet a third live stream via Facebook Live. To produce the Facebook Live show, they chose a NewTek TriCaster® 8000 live production system because it integrates essential broadcast production tools within a single system, including the ability to stream media directly to Facebook Live.

“Facebook Live is a very powerful medium that could potentially change our industry significantly. It gave us instantaneous reach to online viewers and the ability to interact with them in real-time. Throughout our special election night coverage, we actively engaged viewers via Facebook Live, and featured their posts and tweets as part of our show,” said Blaise Labbe, Director of News for WOAI/KABB, which are San Antonio news leaders serving Southern Texas households.

“This Facebook Live undertaking was a very high priority for our stations and our parent company, Sinclair Broadcast Group,” Labbe said.

In the weeks leading up to the election, announcements were made during the KABB and WOAI newscasts to promote the planned Facebook Live local coverage. They also pushed notifications and mobile alerts to viewers to remind them to check out their innovative Facebook Live stream. A special landing page was created for the portal, featuring advertisements sold just for this special coverage, a media player for the live video, and a chat box for viewers’ comments.

“But with Facebook Live, we were able to reach everybody—across all demos—at once.”

Since the broadcast networks don’t generally have time on election night to delve into local races, these San Antonio stations reinforced their positions as local news leaders by providing this in-depth local coverage on their Facebook page. Between KABB and WOAI, the two stations produce 55 hours of live news programming weekly, including a 4-hour block for the live morning show seen on FOX29.

Facebook Live gave San Antonio citizens a place where they could get up-to-the-minute election results on hotly contested local races, including the Bexar County Sherriff’s contest between Javier Salazer and Susan Pamerleau, and the Congressional race between Will Hurd and Pete Gallego, as well as a very large school bond issue that was up for a vote. The coverage also sprinkled in key developments in the race for the White House for the benefit of those that depend on the Internet or social media as their primary source of elections news.

“Since we had just gotten the TriCaster 8000 about two weeks before election night, expressly for the Facebook Live broadcast, we weren’t entirely familiar with what it could do. In fact, we initially thought we would be limited to a bare-bones production,” Labbe said.

“But once we started to play with it, and try out various ideas, we were extremely pleased and excited to see what it could do. The TriCaster allowed us to have a solid, polished broadcast comparable in quality to our on-air signal,” Labbe added.

Other than the TriCaster, KABB and WOAI did not add staff or facilities in order to handle the additional Facebook Live workload. Instead, they reallocated resources, such as shifting staffers’ schedules to cover the bases. One of their directors actually had TriCaster experience, while a second director used the week prior to the event to become familiar with its operation.

“The TriCaster’s features are particularly beneficial when there’s a minimal staff.”

“The TriCaster’s features are particularly beneficial when there’s a minimal staff. From a single user interface, we were able to easily key graphics, manage audio and punch up live and pre-taped video. And we could import videos from media players, and bring up lower third supers, all while directing and streaming the production, which was an extremely useful feature,” said Labbe.

Facebook Live poses no limitations on time, and it’s free even for lengthy broadcasts. All these stations had to provide is the technical production setup, which included a well-lit mini-studio set with a black cyc background, a Panasonic AG-HPX370P HDTV studio camera with a Fujinon lens, and a 56-inch on-set plasma confidence monitor. The TriCaster’s aux output fed content compiled on Mix/Effects 1 (ME1) to the monitor, including live broadcast graphics, data-driven graphics templates, and video clips for the on-camera anchor to refer to and discuss.

“We used fiber lines coming from our Tech Core Center to provide a direct link between our satellite receivers and the TriCaster. These HD-SDI video signals consumed seven of the TriCaster’s eight input ports. The eighth input brought in our post mix audio feed from a small audio mixer,” said Luis Escamilla, Operations Coordinator for News 4 and Fox 29/San Antonio.

An audio technician used the audio mixer to mix three talent microphones and the phone line used for phone interviews, or phoners. The TriCaster allowed the operator to configure the audio that was assigned to each output of the mixer. “This was instrumental in providing mix-minus audio to the talent. During the live reports, the talent heard mixed audio from all sources minus themselves, which—as anyone that’s ever been in a live broadcast knows—is extremely beneficial,” said Escamilla.

“Since these HD-SDI feeds from our Tech Core Center were routable sources, we could bring in this video—coming live from sources across the country—directly into the TriCaster. We were also using graphics templates that were built into TriCaster to bring up lower thirds on-the-fly to introduce guest experts as we brought them on the live show,” Escamilla added.

“The TriCaster went beyond a basic video switcher,” Escamilla said. “With one board, we were able to control the preview, on-air program, confidence monitor and video monitors on set, all with different sources routed to them at any one time. The TriCaster also provided a multi-view monitor, which was very helpful to the producer, allowing her to view all sources available to the director post-router. These kinds of capabilities gave us the means to build a control center dedicated to our online content, and to mix a variety of live video and data sources to present a very clean, professional package to our viewers.”

An Array of Live Sources

The live feeds included live reports from Washington, DC by Sinclair Group’s Washington correspondent, and satellite feeds from Donald Trump’s and Hillary Clinton’s N.Y. watch parties. They also picked up feeds from NBC and CNN, and input real-time data from the web, such as the latest voting numbers, captured by an external scan converter.

The stations also brought in live remotes produced by their own news crews that were stationed at local campaign sites for each of the candidates. These included campaign headquarters, watch parties, and video from local polling sites, such as the Las Palmas branch library. They shot and backhauled these signals using their LiveU bonded cellular mobile transmission systems. The anchor was able to talk back and forth with local reporters and guest experts live via satellite as well as by phone.

Throughout the night, the web team managed the live streaming to the web and Facebook. Their social media producer also managed user-generated content, such as Facebook posts and Twitter tweets for use in the live shows.

“Our goal is to position ourselves as the go-to source for local news, information, and entertainment in the market. But we now view ourselves as more than just a TV station or news channel,” Labbe said.

“We’re reaching across broadcasting, social and digital platforms to engage loyal and new viewers wherever they are, and on whatever devices they want to use,” Labbe said. “Becoming a dominant brand on different distribution platforms will be critical to any local TV station’s success, and Facebook Live is an excellent way to take advantage of this exciting new opportunity.” 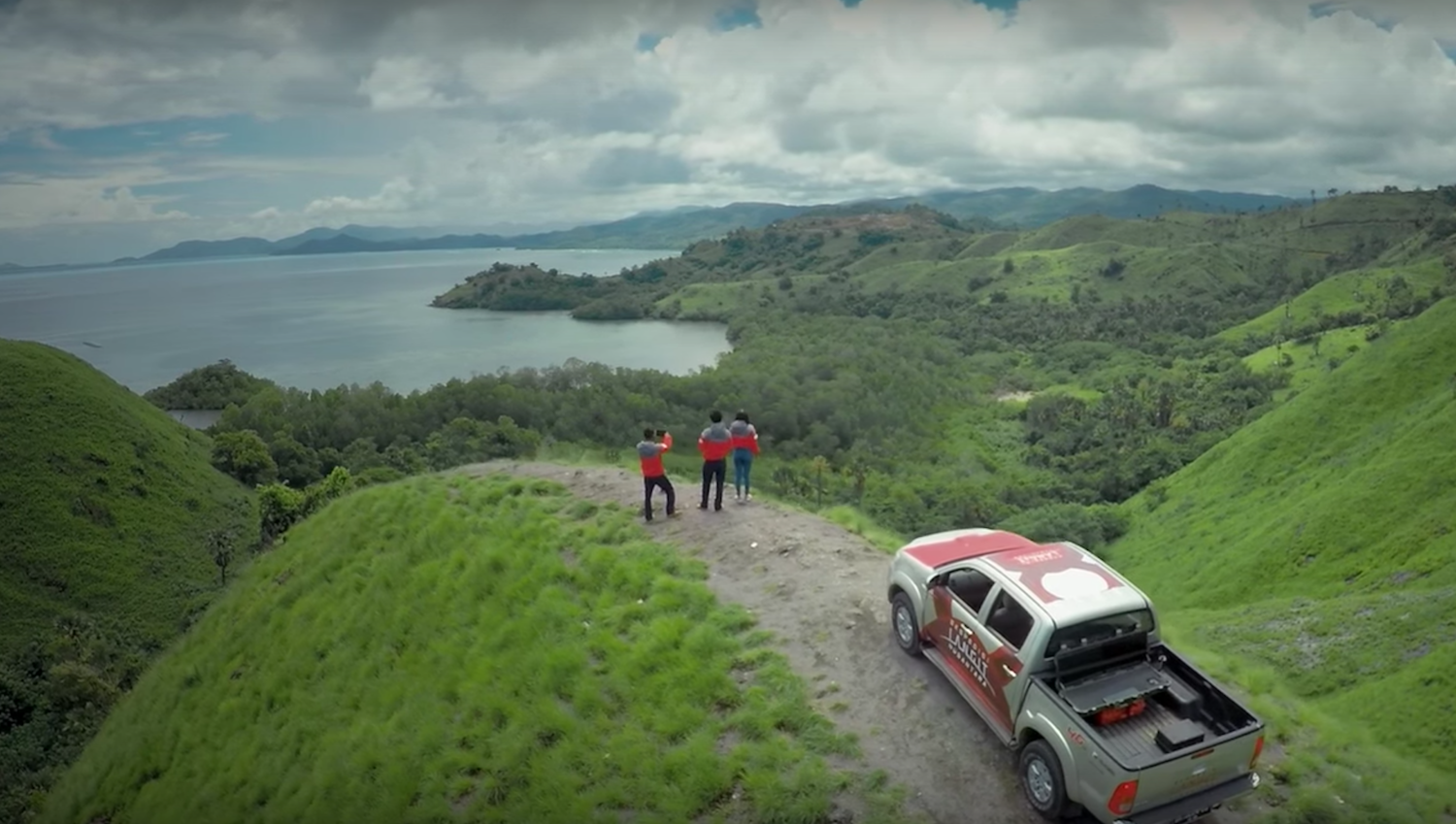