NewTek is pleased to announce LiveGraphics™, an entirely new approach to the creation of real-time motion graphics that does not require a proprietary hardware graphics engine. With NewTek LiveGraphics, content authored in Adobe® Photoshop® CC and Adobe After Effects® CC is available for live output from TriCaster® TC1 and NewTek IP Series with fully replaceable text and images that can be driven by live data and web content. The result of extensive development, LiveGraphics™ delivers on the promise of Adobe Creative Cloud® in real-time.

“Dynamic graphics are key to elevating your show—to take it from looking good to outstanding. For years, you’ve been able to choose good, which typically meant faster and cheaper, or great, which meant expensive and complex,” said Dr. Andrew Cross, president and CTO for NewTek. “We looked at the tools people are using and realized that the challenge wasn’t in creating the next traditional broadcast graphics system, but in developing an entirely new workflow for the most popular, most widely used graphics applications on the planet, Adobe Photoshop CC and After Effects CC. The end result is fully animated titling accessible to millions of artists.”

The process begins with LiveGraphics Creator, a plug-in used within Adobe After Effects that allows users to create advanced real-time graphics quickly and easily using complex layer preset and text effects that can be applied across multiple layers simultaneously with offsets. Simply import a layered Photoshop file with the LiveGraphics Creator plug-in and a composition is created automatically. After animating and previewing in After Effects, a single button-push exports the content and instructions into a package file for import into a TriCaster TC1 or IP Series media buffer; with 10 channels of real-time graphics and preset states for layer compositions and data elements.

Once loaded into a NewTek live production system, text and image fields are manually replaceable or can be connected to any data source using the native Datalink™ functionality including database updates, watch folders, remote updates from web pages, scoreboard controllers, macros and LivePanel™ web based scoring. Macros can be used to fire graphics or custom LivePanel user interfaces can provide content editing and triggering capabilities at one or more separate operator positions. In addition, LiveGraphics ships with over 100 customizable templates that are ready-to-use, giving users high-quality real-time graphics from the start. 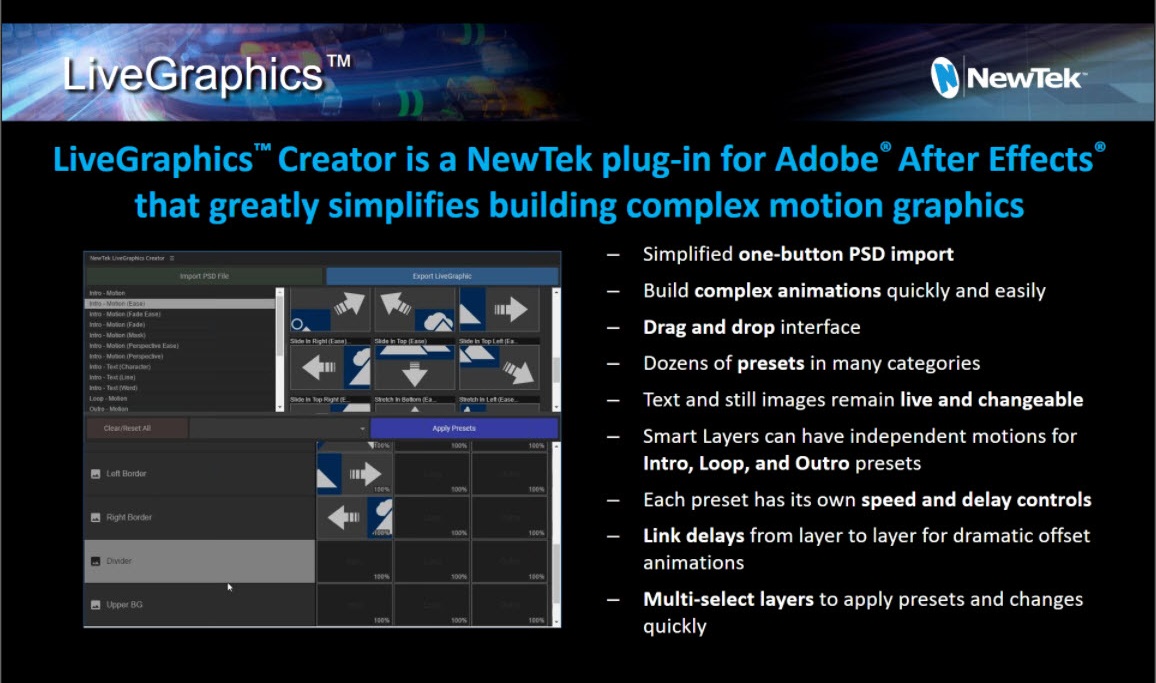 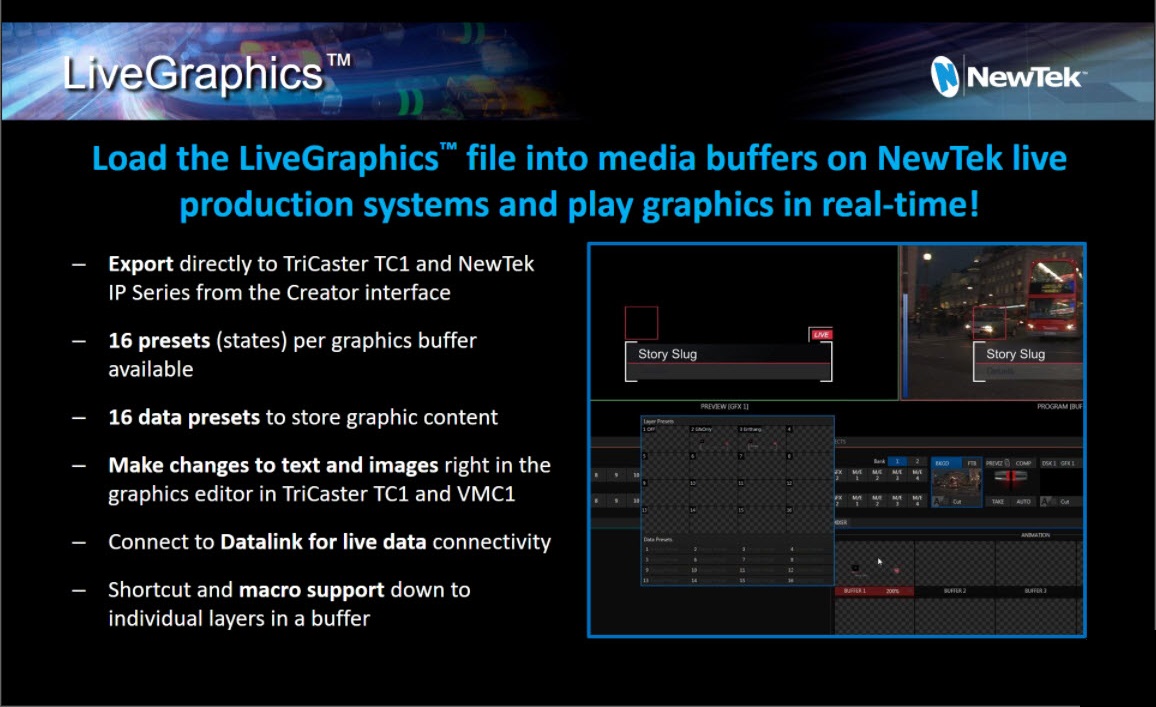 The Next Evolution of NDI®