NewTek™ Connect Pro can supply up to four videos at a time as NDI® sources over the network. The video capability natively supports alpha channels in the videos. Here’s how this is used.

For this tutorial, the NewTek Connect Pro operator has four videos loaded, as we learned how to do here. In the video we see the operator use the Display panel to change from the four-monitor view to a single-monitor view of Input 1. Next, the operator clicks on the Settings Gear on the lower left of the UI to open the Configuration Panel, then clicks on the Video Sources Pulldown. As shown in the video, the operator locates and selects a video with alpha channel, in this case an animated lower third graphic.

If the TriCaster operator puts the animated lower third graphic coming from NewTek Connect Pro onto preview, then transitions that to program, it will overlay the video source on program. The NewTek Connect Pro system can be set up to view and confirm this.

The NewTek Connect Pro operator goes to the Display controls and selects the NDI view.  This view shows the four NewTek Connect Pro outputs in a row of four small monitors in the bottom third of the UI, and an NDI source from the network in a large monitor in the top two-thirds of the UI viewport. The operator uses the source selection control just below the NDI monitor to select an NDI source from the network, in this case, Output 2 from the TriCaster.

In the video we see that the NDI monitor shows the animated lower third graphic from NewTek Connect Pro playing over a full-screen animation from the TriCaster DDR.  We also can see that the monitor for the animated lower third graphic shows the green outline “tally” indicator, confirming for the operator that this NewTek Connect Pro source is currently on the TriCaster’s Program output.

We hope this video has been helpful to you and if you have suggestions for other topics you would like covered in a two-minute tutorial, please send us a message. 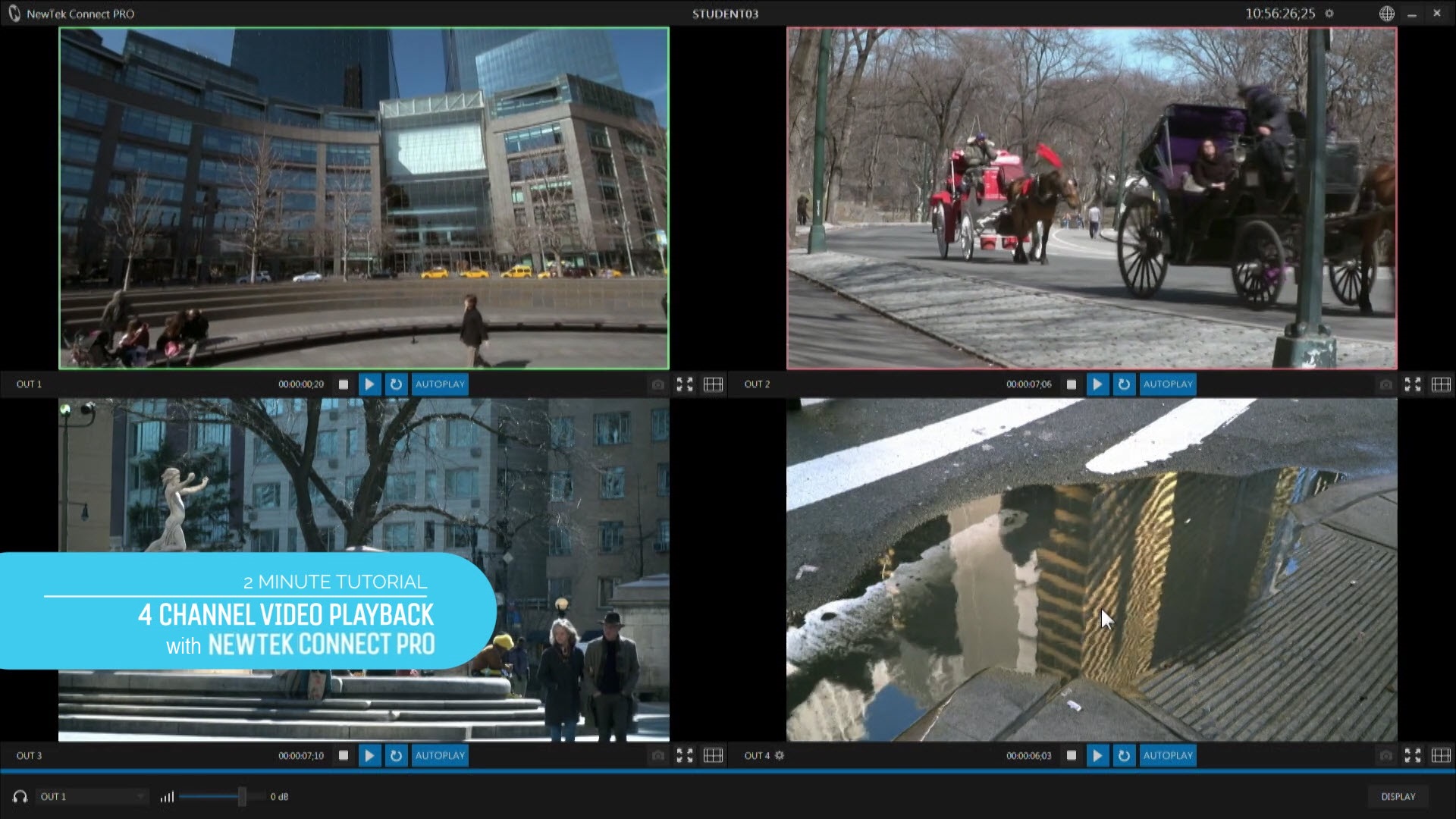 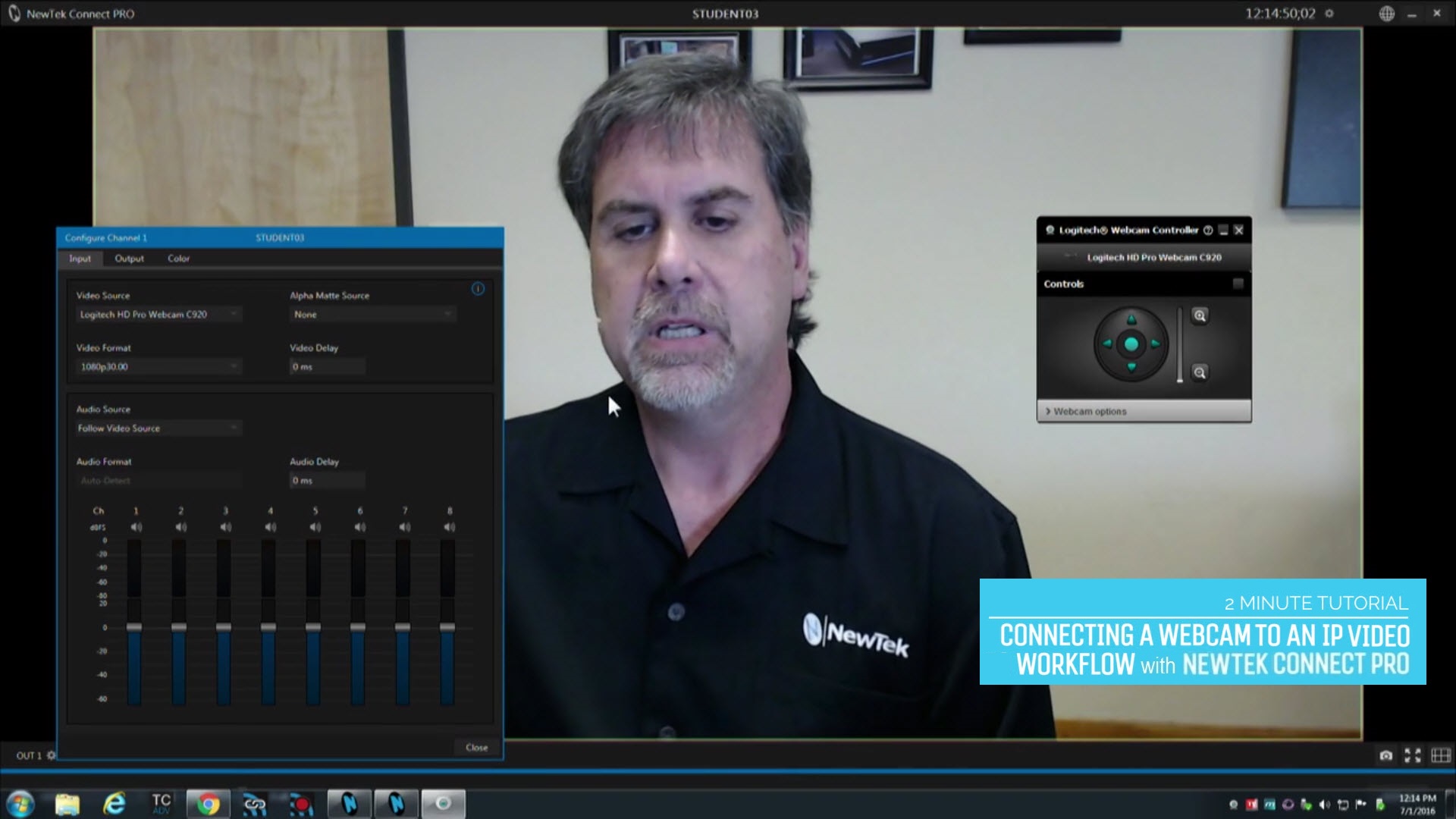 2-Minute Tutorial: Connecting a Webcam to an IP Workflow with NewTek Connect Pro