How To Design Your Audio Setup for TriCaster Mini, Part III

In this final part of our three-part series about designing your audio set up for TriCaster Mini, we’ll look into taking live phone calls, sidetone (what it is and how to get rid of it), mix-minus, screening calls as well as information relating to these topics.  TriCaster Mini is a powerhouse production system in a box, and that you can connect it to virtually any set of HDMI cameras for live webcasting and/or live-to-disk recording.

In this three-part series, I cover:

Taking live phone calls is one of the most creative and engaging things you can do in a live TV show, although it can have its challenges too.

Whether you use a full multiline talk show system (above), a multiline PBX (see the Innkeeper PBX from JK Audio below) 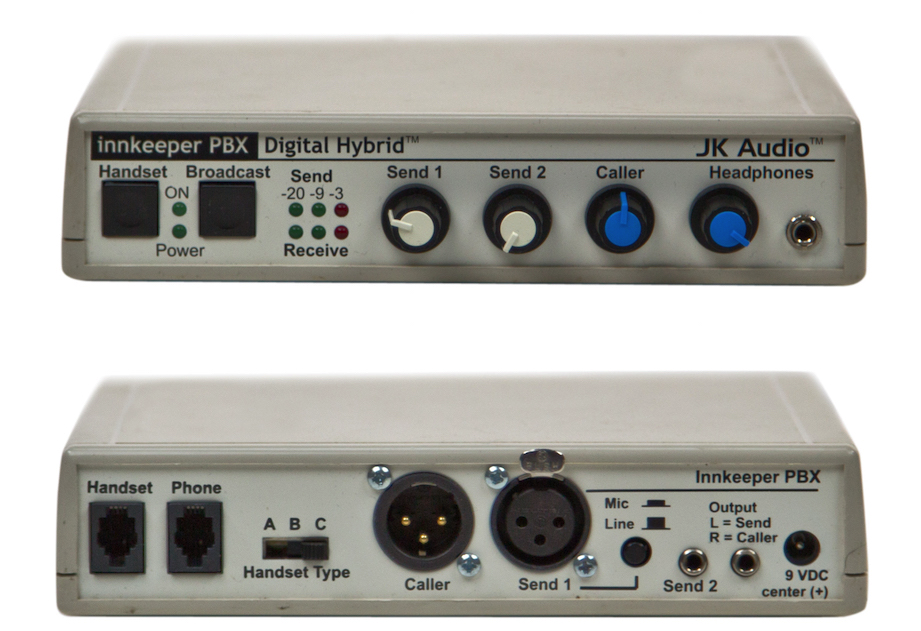 or a single landline phone with a telephone hybrid, a mobile phone, or the output of a computer/tablet which uses Internet Telephony like Skype-In (Skype number) or Hangouts together with a Google Voice number or the new Project Fi’s number, the below points will prepare you. Just as with any conventional radio or TV show, you must warn callers in advance that they must lower the volume of their viewing device before calling, since there will be a delay in their live conversation versus the one that is broadcast. In fact, with any Internet broadcasting system, the delay is even longer than with conventional over-the-air radio or TV.

Sidetone: What is it, and how to get rid of it.

In traditional landline analog telephony, sidetone is the effect of sound picked up by the telephone’s transmitter (mouthpiece) and instantly introduced at a low electronic signal level into the earpiece of the same handset. Sidetone was (and is) an expected indication that a landline is working properly, but is not good for a live audio or video production system. If you are using a traditional analog landline phone (or one of the mobile phones that includes sidetone), you will need a telephone hybrid to eliminate the sidetone and to match the impedance. Be sure to purchase the appropriate one, depending upon whether your landline telephone is digital or analog.

On the other hand, many mobile phones and Internet telephony sources like Skype and Hangouts (together with a phone number associated with Google Voice or the new Project Fi) fortunately do not include any sidetone, so you won’t need a telephone hybrid. In that case, you’ll just need the appropriate cables or breakout box.

To use a mobile phone or tablet using some service that naturally has no sidetone, you’ll either need a breakout box that goes from TRRS (Tip/Ring/Ring/Sleeve) 3.5 mm to individual cables to connect to the audio mixer, together with a “Y” to be able to connect a headset simultaneously, with a push-to-talk on its own microphone, or an interface that allows you to do it via wireless Bluetooth, like the BlueKeeper from JK Audio shown below:

Whichever your telephone connection source for live calls, as long as it is not a Network source (discussed in more detail ahead), you’ll need to make sure that your audio mixer is capable of creating a mix-minus signal. Some mixers actually call it by name (mix-minus), but any audio mixer that has an additional bus can fortunately output a mix-minus. A mix-minus is a mix that includes all of the audio being combined in the audio mixer minus the caller herself/himself. This is to avoid feedback, where the caller would hear an echo of her/his own voice. All three reference audio mixers I covered earlier in Part II of this series include this capability. If your program requires a caller connected this way to hear a sound effect or pre-recorded sound bite, then the best approach is to play that effect or sound bite from an external source plugged into the audio mixer, not a clip that’s in the TriCaster, since that would be inaudible to the caller. (This recommendation would not apply if you use a Network input, since in that case, the TriCaster will automatically create a mix-minus to send to the caller. More about that ahead in the Network inputs section of this article.)

Whether your telephone calls are sourced from a conventional landline or one of the other more modern alternatives covered earlier (unless you want your live TV show to be as unpredictable as Chat Roulette), you’ll likely want an individual in charge of answering, screening, cueing, and informing your on-air talent, so they can appropriately introduce the caller and take the call. With a multiline talk show system, you can have several calls in cue. In any case, you’ll need to ensure that the individual in charge (who may be your audio operator or another person) coordinates the caller(s) in the cue with the on-air talent via the IFB, and at the appropriate moment, “opens” (activates) whatever audio mixer input is assigned to that source, and close it when the call ends. As indicated earlier, the individual in charge should use an appropriate headset or handset with push-to-talk to listen and talk with the caller while screening, before putting her/him on air.

Sending the caller’s voice to your on-air talent, and/or to the studio audience

However, that method by itself is not sufficient if you have a studio audience that should be hearing the caller’s voice also. If your studio is small enough for the live audience to hear the on-air talent directly (without amplification), the caller’s voice (only) should be sent to a separate and dedicated audio monitor in the studio, pointed only at the studio audience to avoid direct pickup through the microphones. That’s why that separate audio monitor will never be muted, since it will be on even when the microphones are on. However, if your “studio” is a huge auditorium or stadium where amplification of the on-air talent is required for the studio audience, then you should send the complete program output from the audio mixer to separate audio monitors pointed only to the audience.

The mentions of Skype and Hangouts up until now in this article refer to audio only, not video. But that can change in the upcoming section.

This article is mainly about audio setup for your TriCaster, but I’m going to give you a preview of the Network input options very briefly, since they include both audio and video.

All current TriCaster models including TriCaster Mini accept up to two Network inputs, audio and video. Network sources arrive to the TriCaster via Ethernet, not via analog, HDMI, or SDI. By default, they are called NET1 and NET2, but you can rename them as you please. There are many types of Network inputs available, including non-NewTek character generators.

iVGA Pro is a free downloadable NewTek program to install in an independent, standalone computer connected to your TriCaster via the LAN (Local Area Network). iVGA Pro can send both audio and video without occupying any of the HDMI inputs on TriCaster Mini (or the other camera inputs on other TriCaster models). One possible application of iVGA Pro is to have an instance of Skype or Hangouts running on an independent, standalone computer. One advantage of running Skype or Hangouts on an independent computer and connected via iVGA Pro as a Network input (and therefore not handling your phone calls as indicated earlier in this article) is that you could not only accept phone calls but also video calls. Although a properly configured computer running iVGA Pro with Skype or Hangouts can be more inexpensive than a NewTek TalkShow (covered ahead), it is more complex to set up.

The NewTek VS-100 TalkShow Video Calling System is a US$3,995 standalone box to simplify and improve the use of Skype for video calls in live TV production. Although NewTek TalkShow has HD-SDI and HDMI connections for use with other video mixers (“switchers”), it is not necessary to use those connections in an environment with a TriCaster. With a TriCaster, the audio and video are sent via the LAN (Local Area Network via Ethernet).

Comments about implementing either iVGA Pro or NewTek TalkShow

Whether you use a standalone computer with iVGA or TalkShow with your TriCaster (if you decide to connect all of your studio microphones to your cameras), you could potentially eliminate the need for an external audio mixer. With either iVGA Pro or TalkShow connected to your TriCaster via the LAN, your TriCaster will automatically create the mix-minus for you.

Part I: How To Design Your Audio Setup for TriCaster Mini

Part II: How To Design Your Audio Setup for TriCaster Mini

Born in Connecticut, United States, Allan Tépper is a bilingual consultant, multi-title author, tech journalist, translator, and language activist who has been working with professional video since the early eighties. Since 1994, Tépper has been consulting both end-users and manufacturers through his Florida company. Via TecnoTur, Tépper has been giving video tech seminars in several South Florida’s universities and training centers, and in a half dozen Latin American countries, in their native language. Tépper has been a frequent radio/TV guest on several South Florida, Guatemalan, and Venezuelan radio and TV stations, and he currently conducts the CapicúaFM podcast. As a certified ATA (American Translators Association) translator, Tépper has translated and localized dozens of advertisements, catalogs, software, and technical manuals for the Spanish and Latin American markets. He has also written contracted white papers for manufacturers. Over the past 18 years, Tépper’s articles have been published or quoted in more than a dozen magazines, newspapers, and electronic media in Latin America. Since 2008, Allan Tépper’s articles have been published frequently –in English– in ProVideo Coalition magazine. More info at AllanTépper.com

NewTek sponsored this article after receiving Allan Tépper’s proposal. As of the publishing date of this article, Allan Tépper has had no commercial connection with AudioArts/Wheatstone Corporation, Audio Technica, Auralex, Broadcast Tools, Inc., Comrex, JK Audio, Mackie (LOUD Technologies Inc.), Primacoustic, QuietRock/PABCO Gypsum, RØDE, or SONEX other than that some of them have sent him units to review. The words and opinions of Allan Tépper expressed herein are his own. 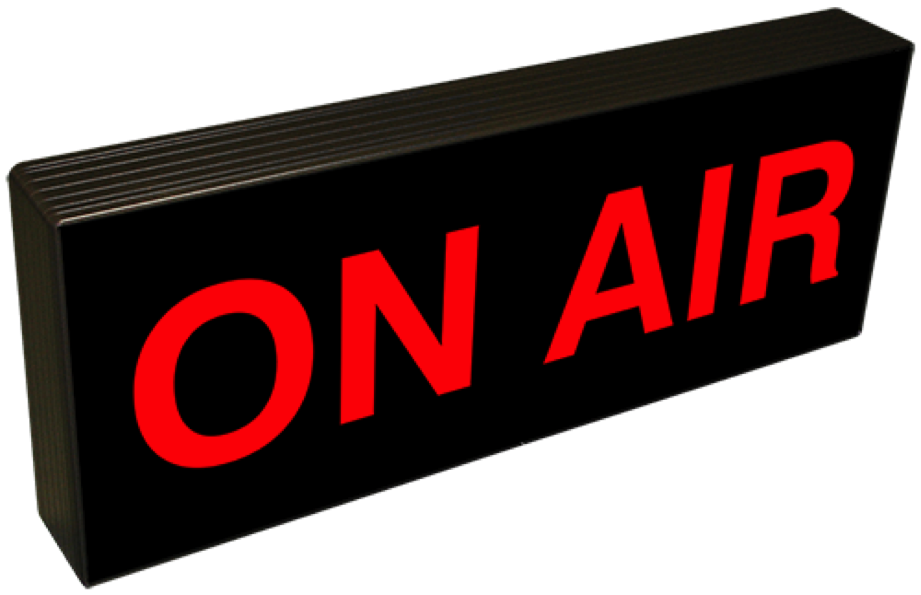 How To Design Your Audio Setup for TriCaster Mini, Part II 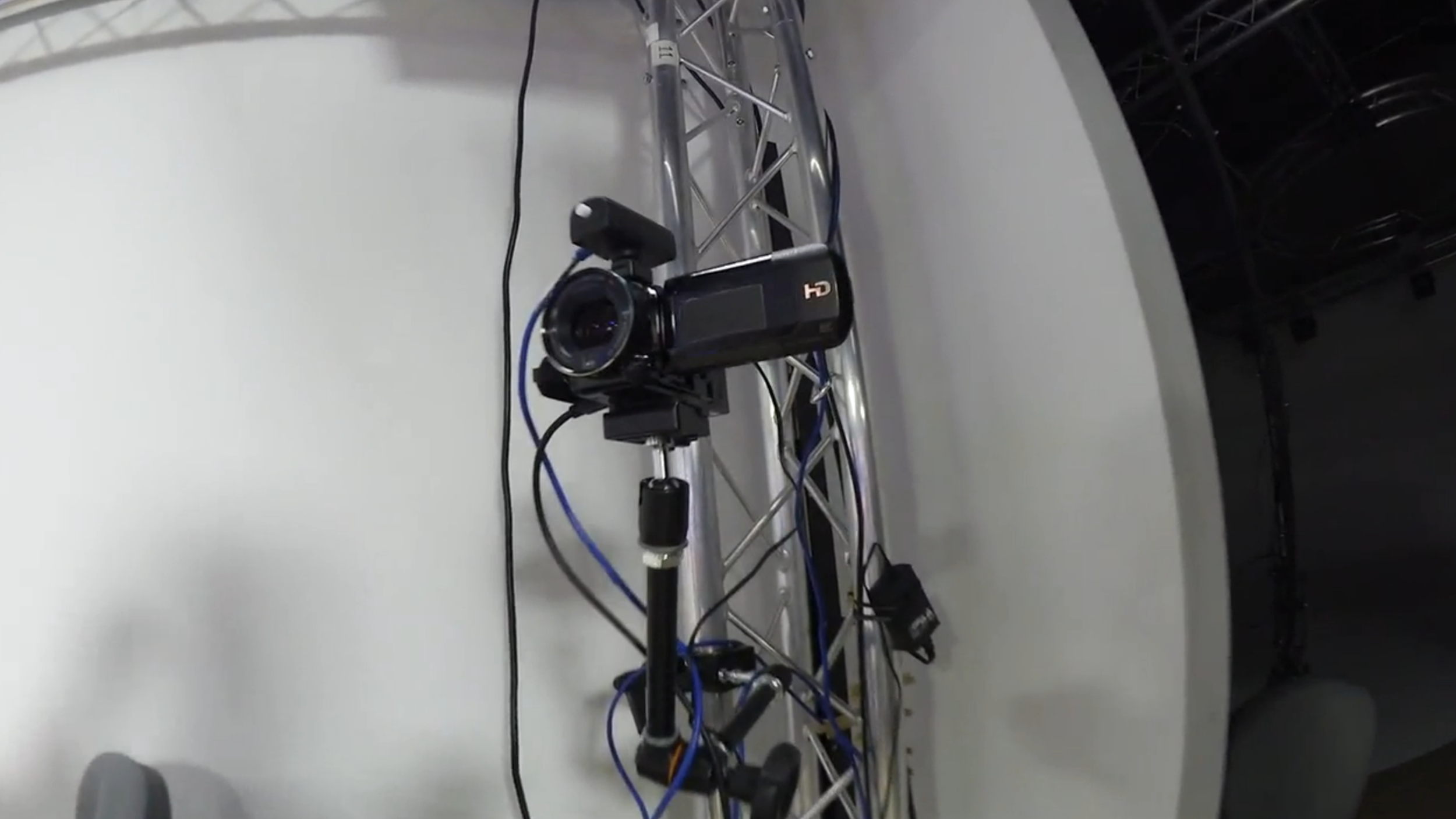