How To Input Network Video Sources on a TriCaster 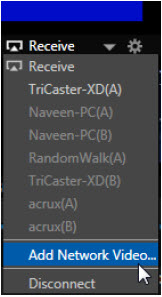 TriCaster 410, 460, 860 & 8000 feature a Network Video option located in the NET inputs menu. This IP-based feature allows you to pull video files or live video sources from across the Internet into your live production. It’s relatively easy to set up a simple network video server on a Windows PC that you can use to stream video into a NET input.

The video server acts like a simple DDR. When a video plays, it will start from the beginning, play to the end and stop. This type of network resource can be very useful for bringing essentially unlimited additional content into your productions without taking up space on your TriCaster’s drives.

Instead of having to first transfer a video file from a remote internet location, make it available on a server and TriCaster can pull the clip in as it plays. This can save valuable time, knowing you don’t have to transfer it in its entirety for it to be played. We describe this use case with a server on a LAN connected to a TriCaster; but such a server need not be on the same LAN for this to work.

You can also use an IP camera as an input, either on your LAN or across the internet.  With this technique, you can produce an event in one location and stream it, while another location pulls the stream in as a source to use in their production, perhaps rebranding and repurposing it for another audience. 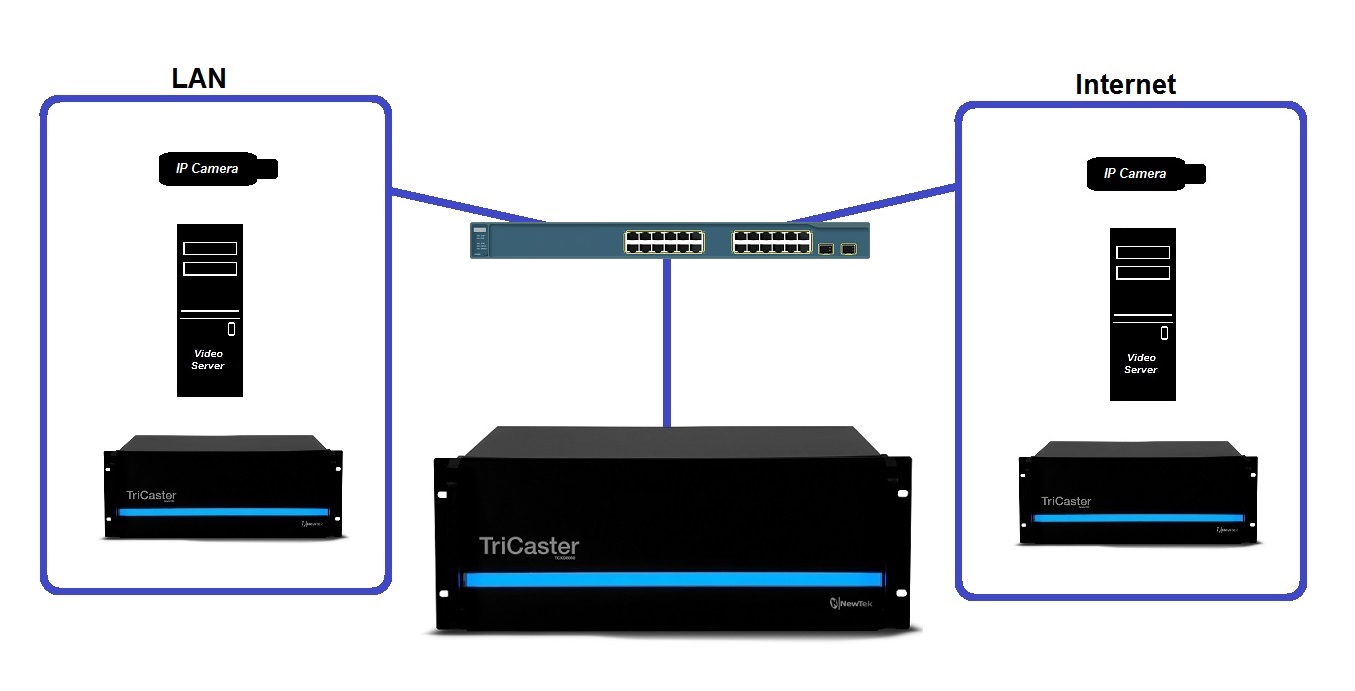 One factor that must be accounted for in the above examples is that enough bandwidth needs to be available so that real-time playback can occur. This typically isn’t a problem on a local network, but as soon as you are pulling video over the internet, this becomes a critical factor that must be accounted for if this feature is to be used successfully. We won’t go into how to set up all of these examples, but after you see how this works with a local server, you will have a much better idea of how you might be able to take advantage of it.

Here is what you need to make this all work. 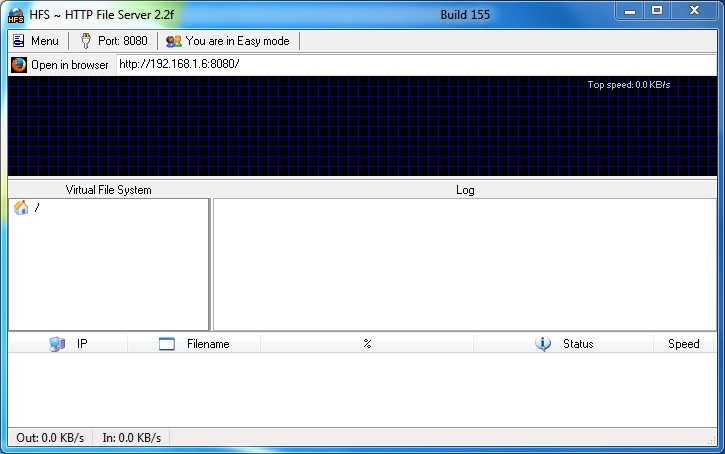 To import clips, just drag video files from anywhere on your computer into the HFS window. You will see them appear in the middle left panel in the interface.

On TriCaster, in one of the Network inputs, open the drop down menu and choose ‘Add Network Video…’ from the list. 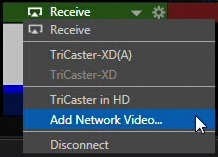 In the HFS application, click on a file in the middle left panel, you will see the full URL for it displayed at the top of the window. Type this URL exactly as shown into the Address field on TriCaster’s Network Video Configuration window. 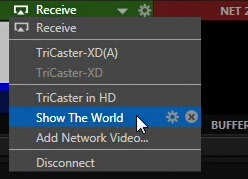 When the file is finished playing, the video will stop on the last frame. There is no autoplay-like function that will perform a transition when the end of the video clip has been reached, so you do need to be ready to perform the correct action at the end of your video. There are also no options like loop or list mode playback either. If you want to play the clip again, you must first select the ‘Disconnect’ option in the NET drop down list before you can select Network Video name again.

Macros can be very helpful for playback of Network Video sources. Build a macro that selects the correct Network Video from the drop down and assign it to a shortcut. Now you can playback this clip anytime just by pressing that shortcut.

You will notice that example URLs shown in the Network Video configuration panel, all start with “http:” or “rtmp:” or something similar. Those are the acronyms for the protocol being used to transfer the data.  Here are several protocols that you can use:

*HTTP (HyperText Transport Protocol): *Probably the protocol you are most familiar with, this is the standard protocol used by web browsers to transfer text and images when viewing web sites, but the protocol can be used to transfer anything, including video. While the protocol isn’t as optimized for real- time audio/video communication, it is commonly used for this function.

*RTMP (Real-Time Messaging Protocol): *This protocol is designed for low-latency communication. This makes it a better option for transfer of video information and is the protocol used by Flash for streaming video.

*RTSP (Real-Time Streaming Protocol): *This is a control protocol, which in itself doesn’t transfer audio/video information, but instead sends commands to the media server (such as play, stop or pause). RTSP will use another protocol (such as RTP) to stream the video.

A ‘full power’ HTTP server (Apache, IIS or nginx) can be used.  We’ve described a very simple setup here, but all the same principles apply for folks with the experience or the IT support for a high-end dedicated server.

HFS shows a file bring transferred, but your NET input isn’t displaying or is incorrectly displaying video: your video file probably isn’t in a format that the NET input can decode correctly. While the Network Video will play back many different files types and codecs, the list of what it can play isn’t as extensive as what you can play in a DDR. For example, clips with alpha channels do not play in a Network Video correctly, while they will work in a DDR.

File is playing, but there is stuttering in the playback: your video clip’s data rate is too high for your network. You shouldn’t have a problem with playback when working over gigabit Ethernet, but if you are transmitting over 100mbit or even wireless networks then you need to make sure that you are not trying to transmit data faster than the network can handle. 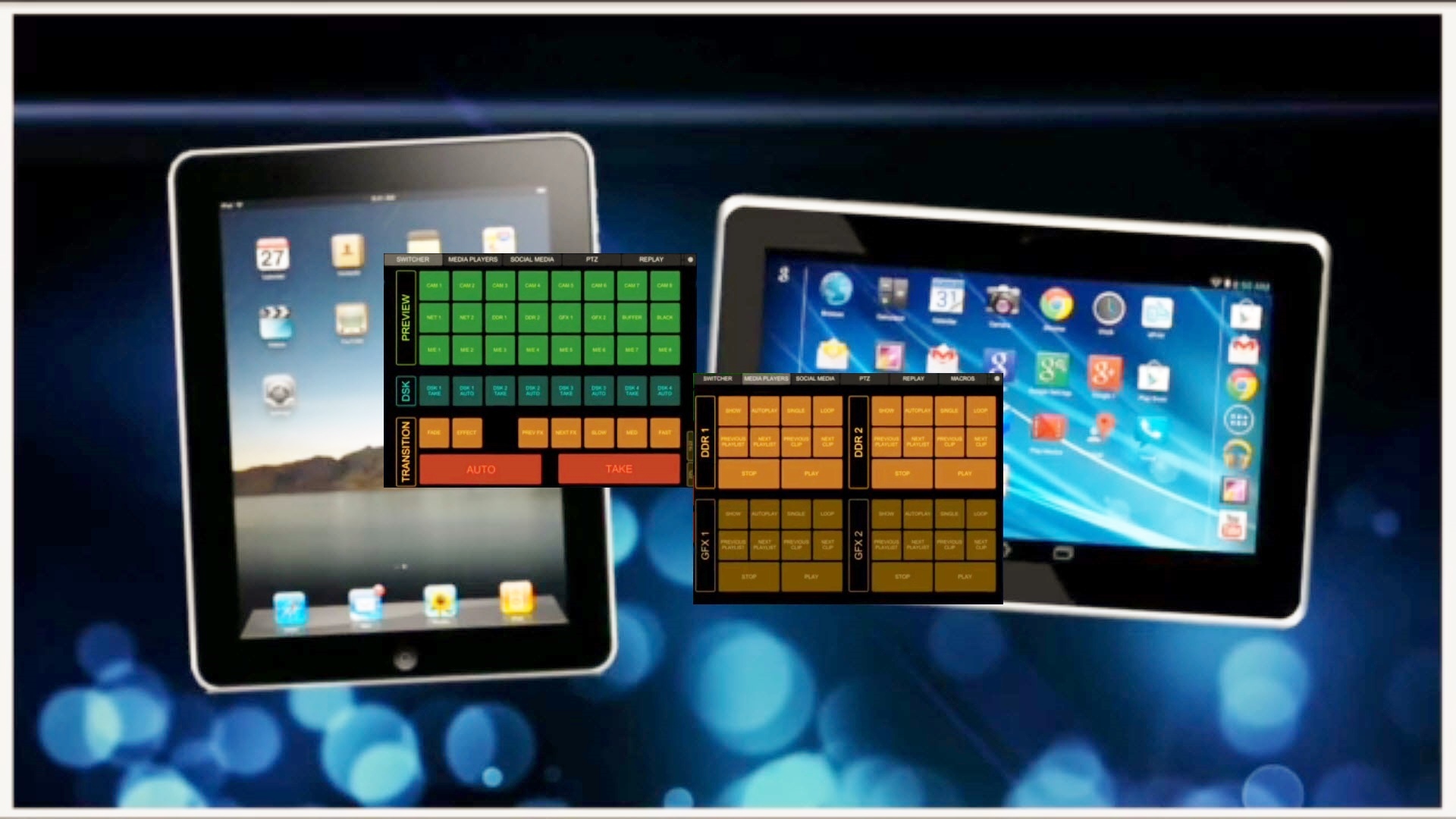 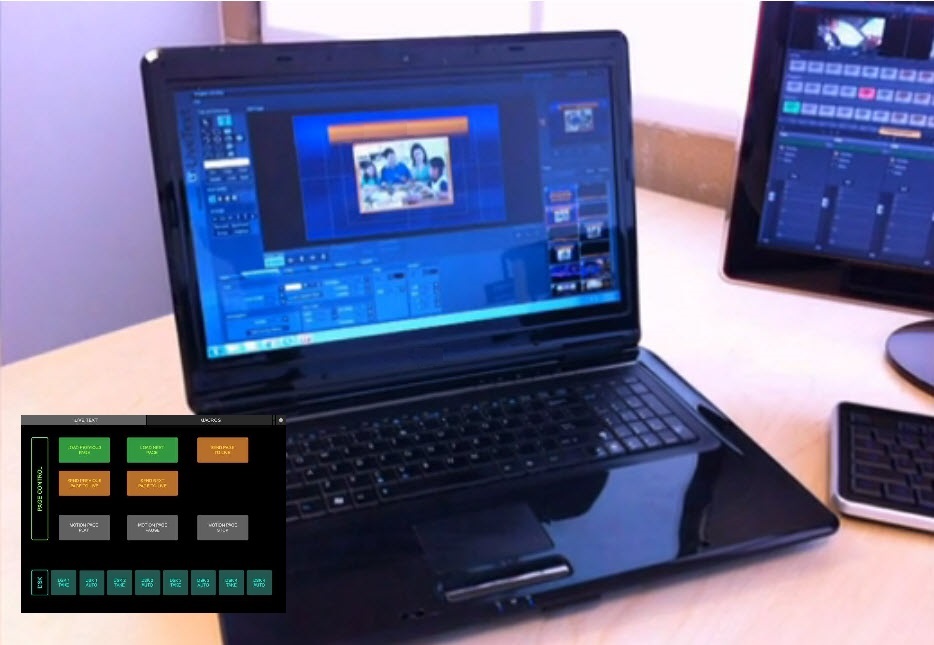