Once upon a time, television production trucks were like cruise ships on wheels. They pulled into a sporting event, swaggering with self-importance; fifty feet of gleaming metal pulled behind a pavement-buckling Peterbilt that belched diesel smoke and deafened every innocent bystander within a mile’s radius. Once parked, these production trailers began unloading thousands of pounds of equipment and unspooled miles of cable. Inside one these lustrous fifty-foot beasts, you might find a dozen or more crew members, all working away happily, while the truck sucked down power like a thirsty brontosaurus.

While there still are plenty of those fifty-foot behemoths out on the roads, I’d like to encourage you to contemplate a different sort of picture. Imagine, if you would, a Ford Focus pulling up in front of that same venue with what looks like a horse trailer trailing behind, a five-by-ten-foot box, smaller than your average bathroom. Imagine the crew, running extension cords from their tiny truck to a pair of household outlets. Ask yourself what kind of show a production truck that size could put on.

A pretty impressive one it turns out. How about a six-camera production with three announcers in the booth and one on the field, an eight channel instant replay position, four channels of intercom, and full IFB capabilities, as well as talkback? Once or twice a week throughout the spring, summer, and fall of 2016, Production Consulting Group has been producing top-quality soccer broadcasts for the Pittsburgh Riverhounds, a member of the United Soccer League, from just such a truck. John Powell, Director of Technical Operations for PCG, a company with offices in both Pittsburgh and Cleveland, helped build this tiny production dynamo three years ago, and he’s understandably proud of what his baby can do.

“When I got started in this business in the 80s, video switchers were just video switchers,” Powell says. “They required enormous racks of equipment that ran from floor to ceiling. They ran on 220 power. But now, with the current line of TriCaster switchers, like the 8000 in this truck, I have multiple re-entry, a multitude of keyers, animated replay wipes, and all the various macro functions built-in. With this truck, I can put on a program and no one can tell what size truck we’re using.” Take that fifty-footers.

A few hours before every Pittsburgh Riverhounds home soccer game, the diminutive horse trailer slides into its parking space tucked beneath one corner of the grandstands at Pittsburgh’s Highmark Stadium. The rear double doors of the trailer fold back to reveal video and audio patch panels, and the door on the side of the trailer opens to a control room large enough to seat two or possibly three crew members. But no one watching the Riverhounds’ games live stream on the United Soccer League’s YouTube channel, would ever guess at the modest vehicle being used to produce these major-league productions.

And that’s all thanks to the NewTek products at the heart of this tiny production powerhouse. Inside the horse trailer, a NewTek TriCaster 8000 with Advanced Edition software is at Powell’s disposal, doing everything those two-ton video switchers Powell once ran back in the Eighties can do, and then some. The truck is also equipped with an eight-channel NewTek 3Play system to provide replays for the broadcast. On this day, production veteran Jerry Schaad is at the controls. Other than Powell and Schaad, the truck is deserted. Graphics for the program are run from off-site, utilizing NewTek’s NDI technology. The program’s graphics operator works from his home office, more than 120 miles from the Stadium, and with the TriCaster’s NDI technology, it’s almost as if he’s sitting right beside the director in the truck.

(For more information about this revolutionary new technology click here.)

The crew arrives about five hours before game time, and with the truck’s super light footprint everything is set and ready to go three hours later. Immediately upon arrival, the truck is plugged into two power outlets under the grandstands. Since it’s a hot day, the air-conditioning unit atop the truck begins to purr almost immediately. The crew sets up three JVC hard cameras with long lenses, two at the top of the grandstands to capture wide-angle game action, and a third at low level near midfield. Tech coordinator, Doug Sicchitano also sets up a Go Pro camera in each goal net. Up in the broadcast booth, another Go Pro is set up to monitor what’s going on with the announcers, since there is no floor director for the broadcasts. 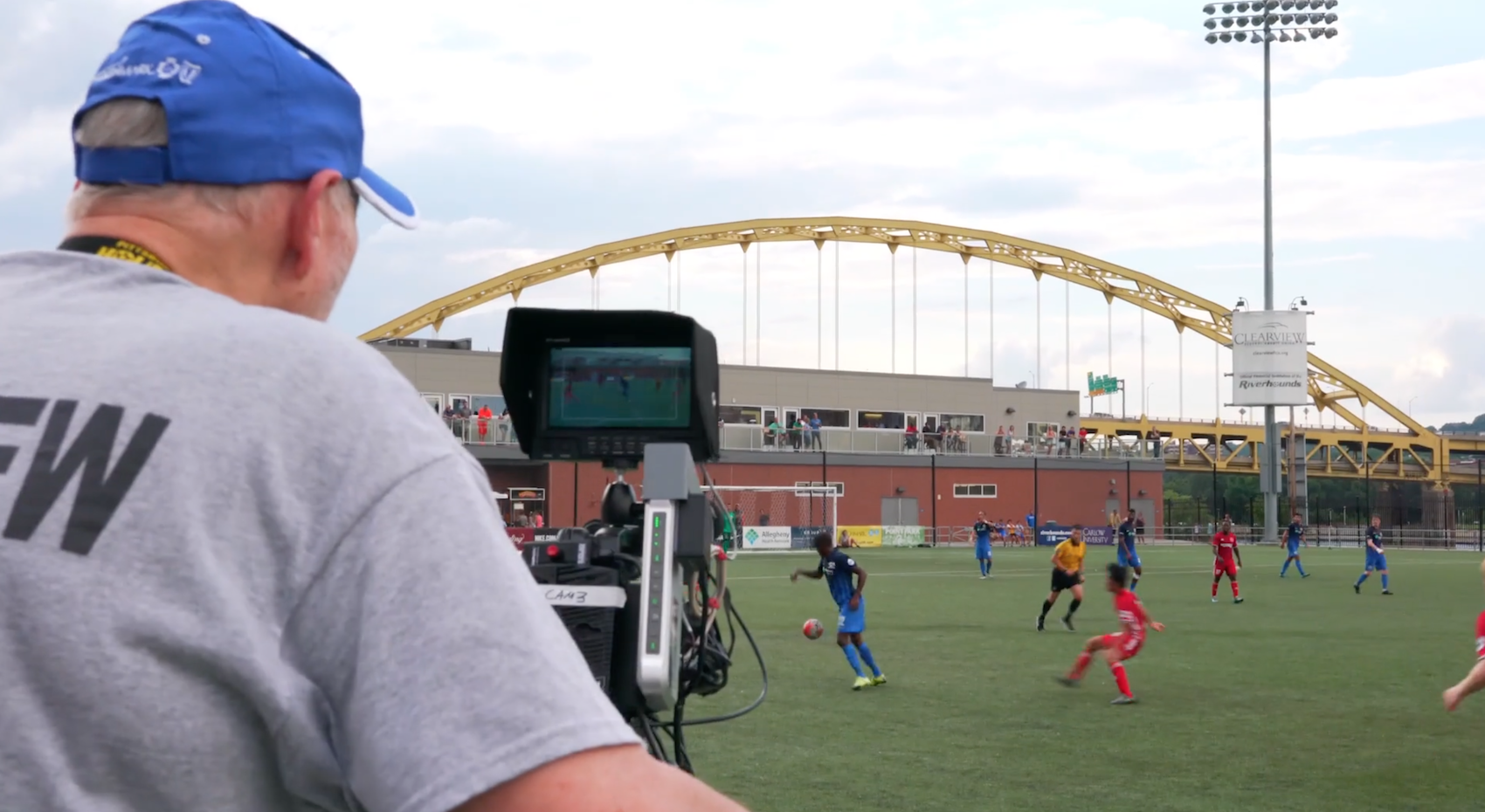 Production Consulting Group President, Jeff Waller says, “In designing this production truck, we like to refer to it as our big, little truck. It was built to this size and these specs so it could be used as an outside trailer to do sporting events like this. But we can also pull it into a convention center and, because of its small footprint, it’s able to put on a big show while utilizing a small space. It’s only a three-position vehicle internally, but we think it packs a powerful punch.”

It’s a sentiment John Powell echoes. “The wonderful part about the NewTek stuff we built into this truck is that it’s compact, and now, infinitely flexible. With the new TriCaster 8000 with Advanced Edition software, you have up to 12 inputs. I’ve got layer upon layer of keying, eight M-E banks, buffers, and everything else I need. I can roll commercials out of the media players, out of the DDR’s. I come from a background of working with the big production trucks, but I can honestly say, I have yet to hit the ceiling for the number of inputs I can utilize with this NewTek equipment.”

Another advantage of Production Consulting Groups 5-by-10 foot production trailer is the minimal amount of power it requires. If those fifty-foot trucks are thirsty brontosauruses, this vehicle is a grasshopper sipping through a straw. “The entire vehicle runs on two 20-amp circuits,” Powell tells me. “So I can pull in anywhere and plug into two 110 household outlets to power it. The air-conditioning and heat are on one circuit, and everything else; the TriCaster 8000, the 3Play 4800, the audio board, and everything else, runs on the other 20-amp circuit. The truck is equipped with a backup battery, so if there is a loss of power, the TriCaster doesn’t even know it. The lights in the truck are designed to go out to indicate that you’ve lost power, but the backup battery will allow you to keep going for 18 to 20 minutes. If you’ve lost power for that long, the chances are, the event you’re covering is going to stop anyway, and so, thanks to the low power consumption of the TriCaster and 3Play, power issues are virtually nonexistent in this truck.” 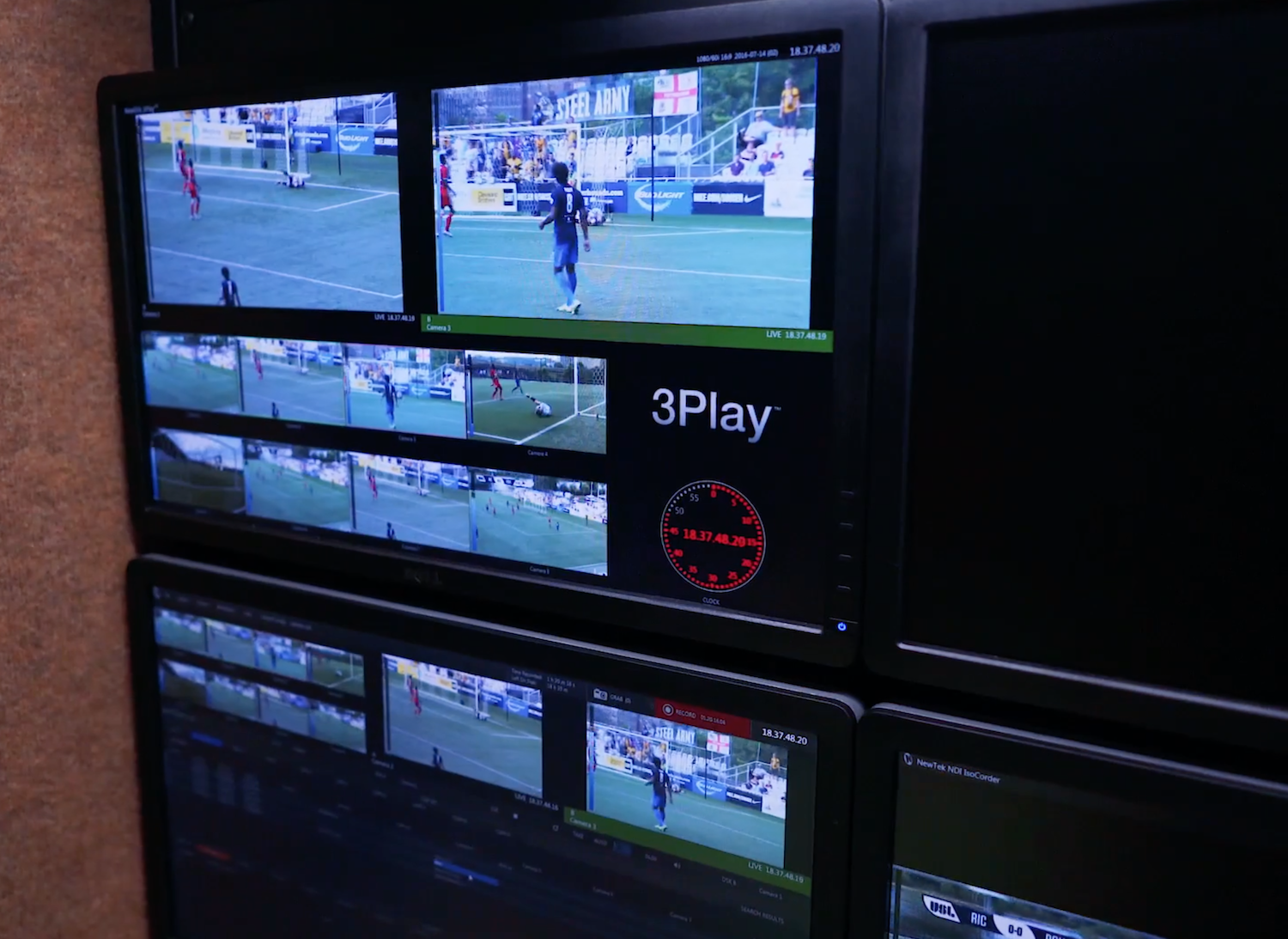 It’s Not the Size of the Ship, It’s the Motion of the Ocean

So, does size really matter? Powell and Waller would say no. In fact, both would maintain that the small horse trailer production vehicle has proved much more flexible than a larger truck might. The Riverhounds’ live broadcasts utilize a crew of ten, but the PCG production vehicle can be run quite comfortably with a crew of one or two if unmanned cameras are used. And broadcasts can be originated from almost anywhere. Powell sites an instance where a promised Honda generator never materialized for a broadcast originating from a venue with no power. The crew was able to run an extension cord to a nearby McDonalds, and plug the truck directly into a light pole in the parking lot. Try doing that with one of those fifty-foot trucks.

Production Consulting Group President Waller tells me that the TriCaster 8000 and 3Play 4800 aboard his vest-pocket truck add immeasurably to its flexibility, allowing a wide range of productions to be produced from the tiny dynamo.

“The beauty of a TriCaster integration,” Waller says, “is that it allows you to very easily scale up or scale down the size of a production, depending on the amount of personnel you have. You might have a production where you’re able to have a larger crew. With TriCaster, you can do that, but yet, if you do need to scale down, for budgetary or other reasons, because of the TriCaster workflow, and what you can do with macro-functionality, controlling other devices and controlling other networks, one person can do multiple things if needs be. The foundation is there, so you can scale up productions based on personnel, or have one person do multiple things if that’s all you have.”

Production Consulting Group’s five-by-ten production vehicle may not have slain the fifty-foot brontosauruses of the production world, but with NewTek technology hard at work, the gap between large and small production vehicles is closing fast. “And the possibilities for the future are limitless,” Waller tells me. “That’s not a word I use lightly. NewTek has truly seen the future.” And the future, at least in the world of video production, has become a horse trailer, a grasshopper among brontosauruses. 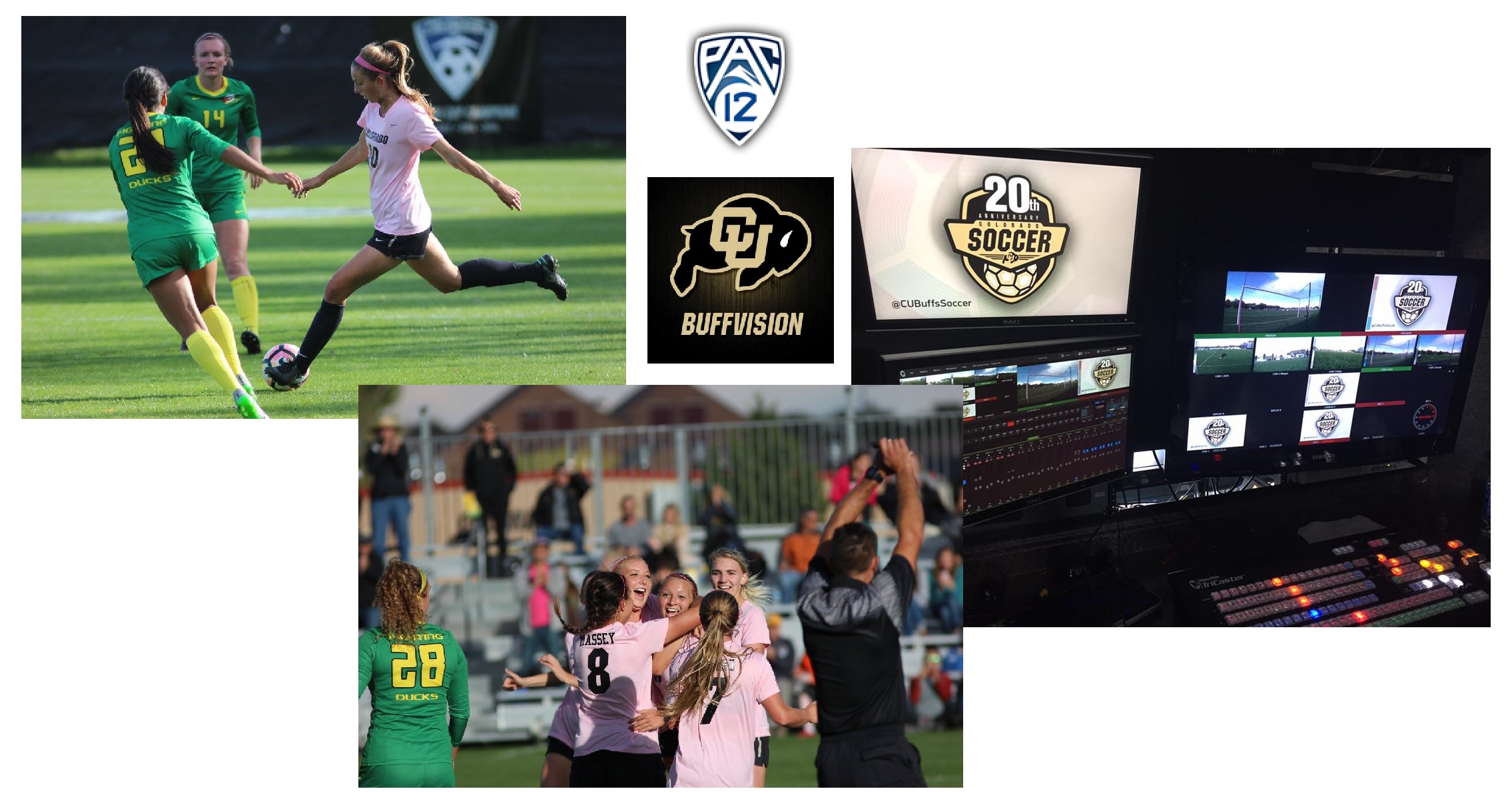 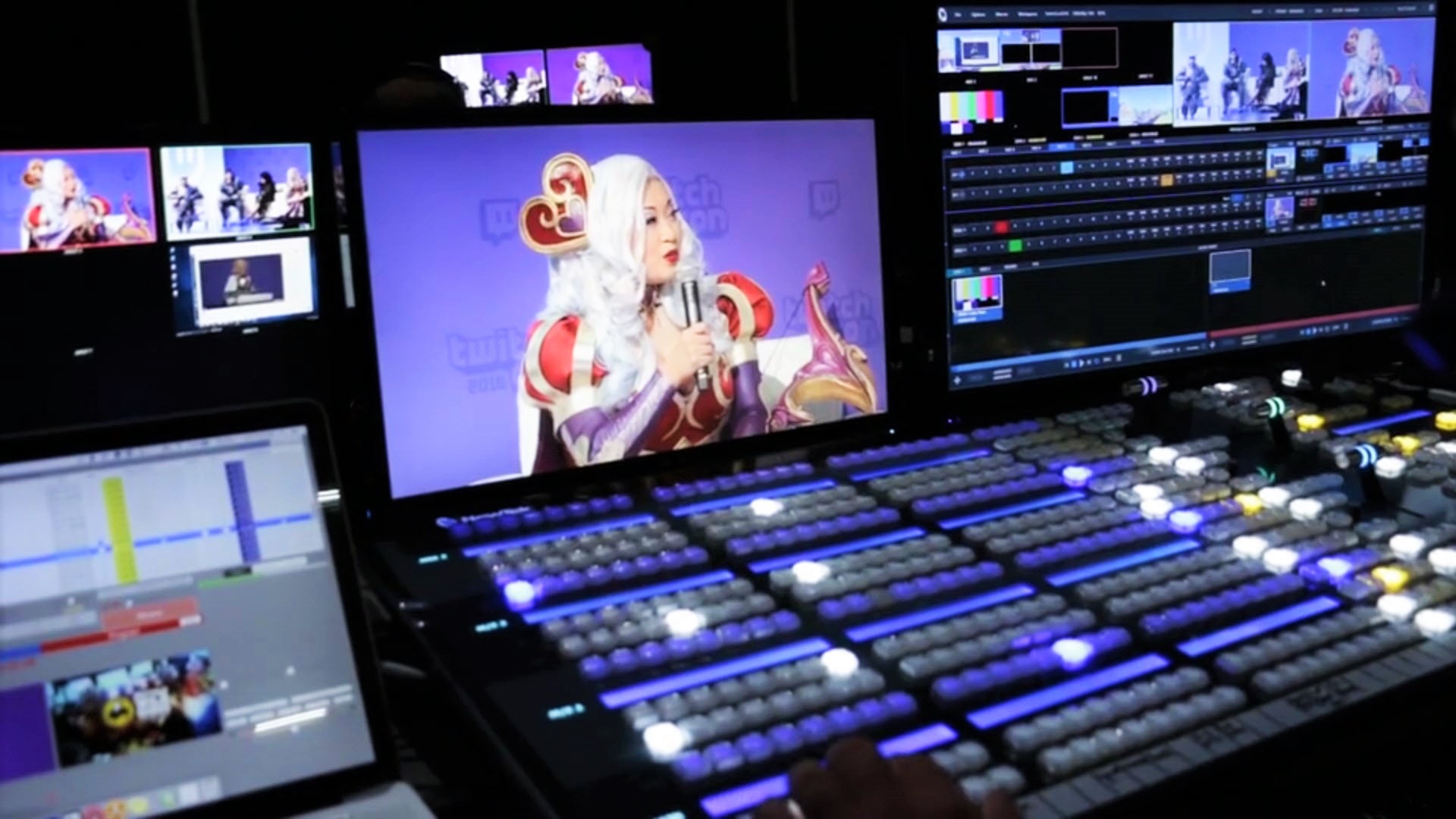