Despite hundreds of years of judicial history, The Supreme Court of the United Kingdom is a relatively new institution. Previously the Justices sat as Law Lords on the Appellate Committee of the House of Lords in Parliament. The Constitutional Reform Act of 2005 set up a Supreme Court separate and distinct from Parliament. In 2009 the Court became operational as the Law Lords transferred across from Parliament to became Justices of the Supreme Court. The Justices also sit as members of the Judicial Committee of the Privy Council which hears cases from some Commonwealth countries, overseas territories, and crown dependencies who have retained the right of appeal to the Privy Council.

Between them the 12 Justices hear around 90 Supreme Court cases a year and then another 40 or 50 come from the Judicial Committee of the Privy Council. Cases come to the Court because a significant point of law has arisen when a case has been heard in a lower court, and the law is not clear on the issue. The Justices do not look at the entire case but look only at the point of law in question and determine what Parliament intended when it passed an act or statute.

The Court added live streaming and media coverage because the Justices wanted the court to be open, visible, and accessible. When they had sat previously as Law Lords it was not easy for the public and interested parties to attend and there was no media coverage provided. The Justices wanted people to come in and be able to see what goes on, because what happens in the Court matters and can affect everybody. A Supreme Court ruling is binding on all lower courts in the United Kingdom.

The Court had cameras recording in the courtroom since it began in 2009 and began live streaming in 2010. Since then the number of people that log on and watch the cases have increased year on year.

The media equipment that had been installed in 2009 had reached end of life. The Court was not able to broadcast in HD format and the equipment and broadcast quality were not up to modern standards. The IT team looked for a replacement system. The new system had to provide viewers with the best video and audio experience possible. The system also had to be cost effective and easy for the broadcast staff to operate.

The IT team could not even consider a traditional audio video approach as they had to implement an IP infrastructure for their upgrade project. The court is located in a historically listed building, which restricts what work can be carried out - no knocking down walls, drilling holes or removing historic paneling. IT cabling had already been installed from the existing courtrooms back to the television gallery control room. The IT team had to work with the IP infrastructure and set up an internal media network. Fibre cabling had been put in, so they were required to use converters to permit standard copper Ethernet connectivity.

With IP infrastructure being a necessity, the technical staff read about NDI in their discovery phase, and NDI was one of the solutions recommended by the Microsoft Azure streaming platform team as an out of the box solution. After speaking to other partners as well, the staff realized that utilizing IP with NDI was the way that media production and broadcasting is going.

The technical staff always looks for assistance from the technology suppliers for their projects as a collaborative venture. When the IT team contacted NewTek, they were given a lot of support right from the beginning through the regional sales manager and through technical support, to find a solution that would fit the needs of the Court. A NewTek business partner was selected to supply the equipment based on the value and services they could supply.

The IT team works with a broadcast contractor and the contractors staff had to feel confident in using the new system. All court cases are recorded, archived and streamed to the UKSC website to watch live or on demand after the hearing has ended. Various media outlets also have access to the feed so they can broadcast it as well. The recorded content is stored, archived, and eventually sent to The National Archives. The recorded footage forms part of the official record.

Each courtroom has four Panasonic PTZ 1080p 50fps cameras that go to the production control room where the operators mix, record, and output to the streaming platform. There are three TriCaster TC1 digital media production systems, one for each courtroom. This also provides backup and resiliency. Everything can easily be switched to another system as all sources are IP, so the cameras are available to connect instantly with no downtime.

The system provides the Court with a flexibility and a level of resilience it did not have previously as well as being prepared for future changes. The system is regularly updated, including bi-annual feature updates. This means that it forms a platform that can be built upon.

The Court has microphones in the court rooms, and they are mixed in the production control room. As a next step they will be switching over to Dante IP audio that will integrate directly with the TriCaster TC1 systems.

The first test of the new media production system occurred sooner than anticipated.  The project had to be brought forward to ensure the Court was ready to hear the Brexit case in September 2019. This was a very high-profile case to use as a test, but everything worked very well. The feedback from the broadcast engineers is that they have a good system that has been implemented in a way that is simple to set up and use.

Brian Shek, the Courts Senior System Administrator and Commercial Officer said, “The project just gives us a firm foundation for the future and on how we can call upon the system for our needs.”

The Court has received a lot of very positive feedback. particularly from the media and the public, who have observed that the quality of the output has noticeably improved – good picture quality and clear sound. The Court had a record number of people logging onto their website to watch the live stream. At one stage the count was about 4.8 million viewers. In addition, there were other people watching via news outlets. While the Court has always provided a feed for media use, the Brexit case, as was expected, attracted more media attention than usual, both domestic and international. The Court was linked not only to a television center in Millbank, but also to a lot of OB vehicles outside for the duration of the hearing from Sky, ITN, BBC, and some overseas, who were all picking up the stream and broadcasting it.

According to Paul Brigland the Head of IT and Building Services, “The new system has stood up and stood up really well. We’ve had nothing but positive feedback so far.” 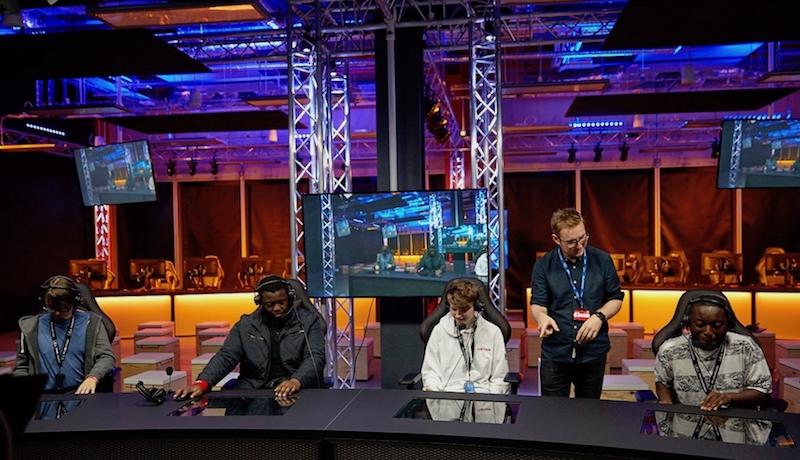 Staffordshire University Esports Degree Gets Boost from NDI and VMC1 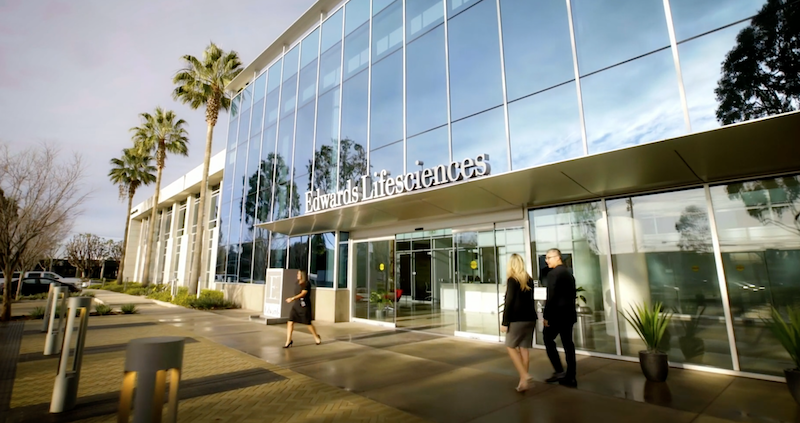